International conference on education in Qatar 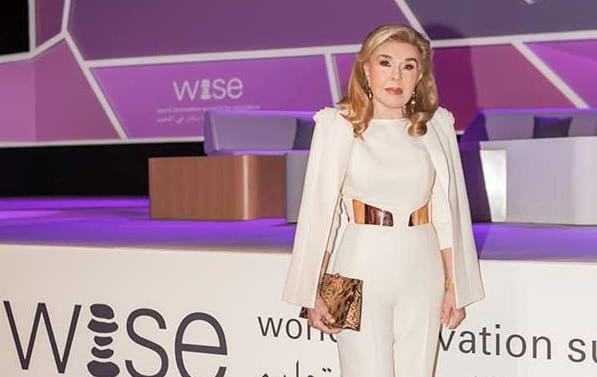 From 4 to 6 November 2014 “World Innovation Summit for Education” (W.I.S.E.)* held one of the largest international educational conferences, entitled: “Imagine – Create – Learn: Creativity at the Heart of Education” in Doha, the capital of Qatar, for the 6th consecutive year.

The aim of the conference, which brought together more than 1,500 innovators, intellectuals, teachers, professors, government representatives, representatives of non-governmental organisations and entrepreneurs from 100 countries, was to highlight the role of creativity in learning and ways of its development, as nowadays, in the 21st century, creativity is considered the most important skill of all.

In the knowledge that through supplying students with the suitable tools for the cultivation of their talents, their critical thinking and self-confidence in problem solving, we can empower them to be led to innovative solutions for their lives and their communities, those attending explored new ways for the development of the part of the potential that teachers and students devote to innovation and creativity.

The Conference was opened by HH Sheikha Moza bint Nasser, President of Qatar Foundation and founder of WISE, with an address referring to the objectives of Qatar Foundation and WISE and the importance of the prize awarded to a pioneer in the field of education each year. She said: “We believe that by recognising the dedication of those who think and act in the field of substantial education, and emphasising their innovations, we turn them into role models of what man can achieve through willpower and perseverance. Our goal, rewarding their achievements, is to inspire even more people who defend the right to education and innovate in fields of its application.”

As Chairman of W.I.S.E., Sheikh Abdullah bin Ali Al Thani, pointed out in his speech: “We must find new sources, new methods, new training methods in order to deal with the rapidly evolving challenges in learning systems prevailing in various parts of the world. And the only way to succeed is to develop creativity, since throughout their historical path then progress of societies has been driven by it.”

How is creativity taught to different age groups? How is it measured and what can it be compared to? How can learning become more efficient and effective? What is the future of learning?

These were the main questions put forth during W.I.S.E. 2014, and those participating, who approached each learning sector separately and at every level of education, from pre-school to post-university focusing on how to make education more creative, gave key answers, and expressed innovative ideas and suggestions.

The significant message sent in every direction by the Conference was the upgrading of education and the renewal of educational systems, so that knowledge contributes to societies’ quality of life and well-being. The participants concluded that the best way to achieve this goal is to promote the spirit of innovation and draw on the creativity possessed not only by children and young people, but also by adults.

Mrs Marianna V. Vardinoyannis, Goodwill Ambassador of UNESCO, attended the Summit as she works in close proximity with HH Sheikha Moza bint Nasser, who is UNESCO’s Special Envoy for issues of Basic and Higher Education.

On the Conference sidelines, the two ladies had a private meeting during which they discussed the organisation of an educational conference in Greece in 2015, during which the findings of WISE will be presented.

Mrs Vardinoyannis also met Dr. Mohammad Fathy Saoud, Vice President of the Board of Directors of SIDRA Science and Medical Centre, which will be soon inaugurated in Qatar and will be affiliated with the Children’s Oncology Hospital “Marianna V. Vardinoyannis-ELPIDA.”

During the Conference the WISE 2014 Prize worth 500,000 US dollars, which was established in 2011, was awarded. The aim of this award is to strengthen the institution of education and to enhance the status of education in other fields awarded international prizes, such as literature, peace and economics. This year the winner of the Prize was Mrs Ann Cotton, founder and president of Campaign for Female Education (Camfed), a very active organisation, which from 1993 until to date, has managed to train more than 3 million girls and young women living in the poorest areas of Malawi, Ghana, Tanzania, Zambia and Zimbabwe, through the implementation of innovative educational programmes, thus resulting in improved health and well-being of their entire nation.

* WISE was established by Qatar Foundation in 2009 on the initiative of HH Sheikha Moza bint Nasser, UNESCO’s Special Envoy for Basic and Higher Education. It is an international multi-sectoral platform for creative thinking, debate and purposeful action aiming to build the future of Education through innovation. It promotes international cooperation in building the future of education through organised conferences and implemented programmes. The founders’ vision is to encourage alliances for the quest of innovative methods, to facilitate access to knowledge and information related to education and, finally, to strengthen and increase the dissemination of its community’s messages. WISE has implemented a series of programmes that reflect its commitment to encourage innovation in various ways: the campaign “Educate A Child” which started a year ago following the initiative of HH Sheikha Moza bint Nasser; the WISE Prizes for the recognition of people who apply the best educational methods; the programme “The Voice of learners’; the publication of books; and the annual WISE Prize for Education.